There has been much confusion about the term “providing minimal protection”. Some people have misconstrued the term to mean that it is okay for a service dog to have an aggressive stance or stare, and that growling, lip curling, snapping, nipping, barking with aggression is acceptable behavior for a service dog.

The article printed below should offer clarification on this subject.

This is part of the NPRM discussion for 28 CPR Part 35 Appendix A to Part 35, Guidance to Revisions of ADA.

As previously noted, the 1991 title II regulation does not contain specific language concerning service animals. The 1991 title III regulation included language stating that “minimal protection” was a task that could be performed by an individually trained service animal for the benefit of an individual with a disability. In the Department's “ADA Business Brief on Service Animals” (2002), the Department interpreted the “minimal protection” language within the context of a seizure (i.e., alerting and protecting a person who is having a seizure).

The Department received many comments in response to the question of whether the “minimal protection” language should be clarified. Many commenters urged the removal of the “minimal protection” language from the service animal definition for two reasons: (1) The phrase can be interpreted to allow any dog that is trained to be aggressive to qualify as a service animal simply by pairing the animal with a person with a disability; and (2) the phrase can be interpreted to allow any untrained pet dog to qualify as a service animal, since many consider the mere presence of a dog to be a crime deterrent, and thus sufficient to meet the minimal protection standard. These commenters argued, and the Department agrees, that these interpretations were not contemplated under the original title III regulation, and, for the purposes of the final title II regulations, the meaning of “minimal protection” must be made clear.

While many commenters stated that they believe that the “minimal protection” language should be eliminated, other commenters recommended that the language be clarified, but retained. Commenters favoring clarification of the term suggested that the Department explicitly exclude the function of attack or exclude those that are trained solely to be aggressive or protective. Other commenters identified non-violent behavioral tasks that could be construed as minimally protective, such as interrupting self-mutilation, providing safety checks and room searches, reminding the individual to take medications, and protecting the individual from injury resulting from seizures or unconsciousness.

Several commenters noted that the existing direct threat defense, which allows the exclusion of a service animal if the animal exhibits unwarranted or unprovoked violent behavior or poses a direct threat, prevents the use of “attack dogs” as service animals. One commenter noted that the use of a service animal trained to provide “minimal protection” may impede access to care in an emergency, for example, where the first responder, usually a title II entity, is unable or reluctant to approach a person with a disability because the individual's service animal is in a protective posture suggestive of aggression.

Many organizations and individuals stated that in the general dog training community, “protection” is code for attack or aggression training and should be removed from the definition. Commenters stated that there appears to be a broadly held misconception that aggression-trained animals are appropriate service animals for persons with post traumatic stress disorder (PTSD). While many individuals with PTSD may benefit by using a service animal, the work or tasks performed appropriately by such an animal would not involve unprovoked aggression but could include actively cuing the individual by nudging or pawing the individual to alert to the onset of an episode and removing the individual from the anxiety-provoking environment.

The Department's modification also clarifies that the crime-deterrent effect of a dog's presence, by itself, does not qualify as work or tasks for purposes of the service animal definition.

The phrase “alerting to intruders” is related to the issues of minimal protection and the work or tasks an animal may perform to meet the definition of a service animal. In the original 1991 regulatory text, this phrase was intended to identify service animals that alert individuals who are deaf or hard of hearing to the presence of others. This language has been misinterpreted by some to apply to dogs that are trained specifically to provide aggressive protection, resulting in the assertion that such training qualifies a dog as a service animal under the ADA.

The Department reiterates that title II entities are not required to admit any animal whose use poses a direct threat under § 35.139. In addition, the Department has decided to remove the word “intruders” from the service animal definition and replace it with the phrase “the presence of people or sounds.” The Department believes this clarifies that so-called “attack training” or other aggressive response types of training that cause a dog to provide an aggressive response do not qualify a dog as a service animal under the ADA.

Conversely, if an individual uses a breed of dog that is perceived to be aggressive because of breed reputation, stereotype, or the history or experience the observer may have with other dogs, but the dog is under the control of the individual with a disability and does not exhibit aggressive behavior, the title II entity cannot exclude the individual or the animal from a State or local government program, service, or facility. The animal can only be removed if it engages in the behaviors mentioned in § 35.136(b) (as revised in the final rule) or if the presence of the animal constitutes a fundamental alteration to the nature of the service, program, or activity of the title II entity.

One service dog user stated that in some cases, “critical forms of assistance can't be construed as physical tasks,” noting that the manifestations of “brain-based disabilities,” such as psychiatric disorders and autism, are as varied as their physical counterparts. The Department agrees with this statement but cautions that unless the animal is individually trained to do something that qualifies as work or a task, the animal is a pet or support animal and does not qualify for coverage as a service animal. A pet or support animal may be able to discern that the individual is in distress, but it is what the animal is trained to do in response to this awareness that distinguishes a service animal from an observant pet or support animal.

The NPRM contained an example of “doing work” that stated “a psychiatric service dog can help some individuals with dissociative identity disorder to remain grounded in time or place.” 73 FR 34466, 34504 (June 17, 2008).

Several commenters objected to the use of this example, arguing that grounding was not a “task” and therefore, the example inherently contradicted the basic premise that a service animal must perform a task in order to mitigate a disability. Other commenters stated that “grounding” should not be included as an example of “work” because it could lead to some individuals claiming that they should be able to use emotional support animals in public because the dog makes them feel calm or safe.

By contrast, one commenter with experience in training service animals explained that grounding is a trained task based upon very specific behavioral indicators that can be observed and measured. These tasks are based upon input from mental health practitioners, dog trainers, and individuals with a history of working with psychiatric service dogs.

It is the Department's view that an animal that is trained to “ground” a person with a psychiatric disorder does work or performs a task that would qualify it as a service animal as compared to an untrained emotional support animal whose presence affects a person's disability. It is the fact that the animal is trained to respond to the individual's needs that distinguishes an animal as a service animal.

The process must have two steps: Recognition and response. For example, if a service animal senses that a person is about to have a psychiatric episode and it is trained to respond for example, by nudging, barking, or removing the individual to a safe location until the episode subsides, then the animal has indeed performed a task or done work on behalf of the individual with the disability, as opposed to merely sensing an event.

One commenter suggested defining the term “task,” presumably to improve the understanding of the types of services performed by an animal that would be sufficient to qualify the animal for coverage. The Department believes that the common definition of the word “task” is sufficiently clear and that it is not necessary to add to the definitions section. However, the Department has added examples of other kinds of work or tasks to help illustrate and provide clarity to the definition.

After careful evaluation of this issue, the Department has concluded that the phrases “do work” and “perform tasks” have been effective during the past two decades to illustrate the varied services provided by service animals for the benefit of individuals with all types of disabilities. Thus, the Department declines to depart from its longstanding approach at this time. 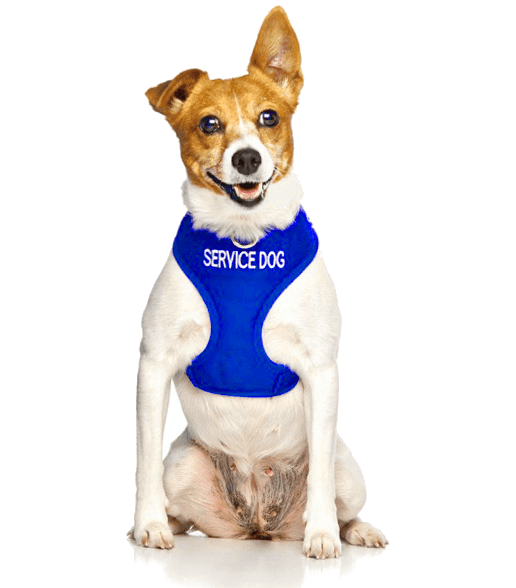